1) The Ontario Limitations Act was amended in March 2016. This resulted in the elimination of the two-year limitation period that previously applied to sexual assaults under civil context.

2) The Compensation for Victims of Crime Act was amended as well. This led to the elimination of all limitation periods for victims of sexual assault who desired to make applications for the Criminal Injuries Compensation Board.

) It is important to be aware that in a criminal case, the Crown (prosecutor) must be able to prove beyond a reasonable doubt to convict the defendant. In contrast, in a civil case the plaintiff must prove based on a balance of probabilities. This means the final verdict is based on which party the jury is more likely to believe.

5) The Ontario Rules of Civil Procedure require the victim of a sexual assault to fully disclose key details of the assault to assist in proving the stated damages. The defendant also must be examined under oath. This procedure differs from a criminal case because the victim under a criminal context is not required to disclose details of the criminal event to prove damages nor is the defendant required to be examined under oath.

6) Sexual Assault victims possess more autonomy and control over the civil lawsuit proceedings in comparison to a criminal case where the victim lacks this sense of control. For instance, the victim has the power to choose how far they wish to pursue the civil case.

7) Pursuing a civil lawsuit may place the victim in a financially risky position because if the case reaches trial and the victim loses, they will most likely be required to cover the defendant’s legal expenses.

8) Insurance tends not to cover the damages from a civil lawsuit, however exceptions do exist. Furthermore, a criminal lawyer may pursue the sexual assault case on a contingency fee basis.

9) In a civil lawsuit of sexual assault a settlement can be reached that includes terms that specify and allow the defendant to pay a lump-sum without an admission of liability. However, much controversy exists around this type of settlement.

10) Individual’s who face sexual assault in the workplace may be entitled to additional options. For instance, short-term and long-term disability may be available if the victim is unable to return to work. As previously outlined, there is several major differences between criminal cases and civil lawsuits. By reviewing these ten important factors of sexual assault civil lawsuits, you will be equipped to better face potential cases in the future. 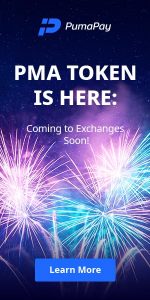